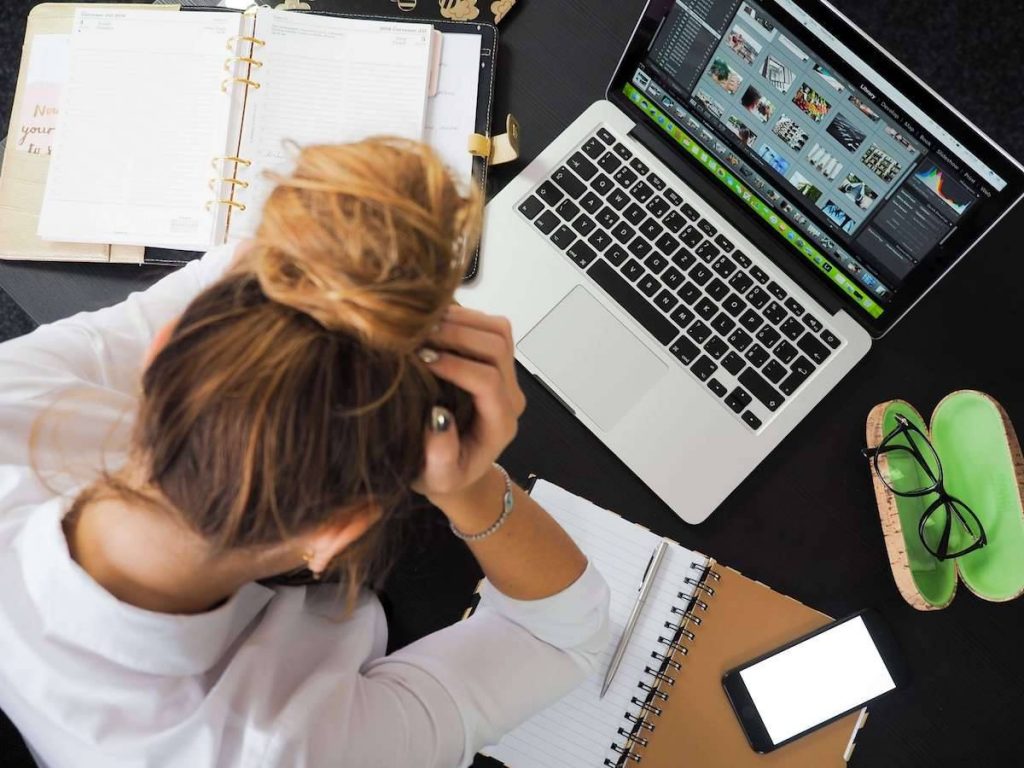 Work stressing you out?

The workplace has become a very stressful environment for many employees. The Australian workforce has an increasing number of employees who experience depression, anxiety and substance abuse issues. Those in professions such as legal, medical and emergency services may experience higher levels of psychological injury at work due to the trauma they are exposed to (whether directly or vicariously).

This series of articles will discuss the duties of employers to prevent psychological injury at work, a recent decision in the law that explores the scope and operation of this duty, the impact of trauma, and tips to deal with vicarious trauma. We hope the series will better inform our clients and colleagues about psychiatric injury, trauma, and how to best take care of ourselves when dealing with it.

In February 2019, the Victorian County Court handed down an unprecedented judgement concerning an employer’s duty of care over an employee – specifically their duty as it relates to psychiatric injury. Judge O’Neill ruled that a newspaper breached their duty of care over a female journalist, who suffered from severe post traumatic stress disorder (PTSD), because they had failed to provide a safe workplace.

The plaintiff, given the pseudonym YZ, claimed damages for psychological injuries sustained whilst employed from 2003 to 2013 as a journalist at Melbourne newspaper, The Age. She commenced working for The Age at age 27, as a relatively young and inexperienced journalist. From 2003 to 2009 she was a crime reporter covering and investigating distressing crimes including murder, rape and assault. YZ was regularly exposed to traumatic events, and vicarious trauma. She attended crime scenes, investigations and police searches, funerals of high profile people and victims of crime and the Black Saturday Fires. The plaintiff was regularly required to “intrude” – visiting victims and perpetrators of crime, questioning them and their family (including at funerals). YZ was threatened by Melbourne underworld figures because of her reportage and at one point her phone was tapped. The plaintiff dealt with calls from people threatening suicide. The plaintiff submitted that by 2009 she had attended 32 murder scenes, often seeing the body. Some of the articles that the plaintiff was required to write for The Age were never published, as editorial staff believed that the content was too distressing.

In February 2009, after reporting on a particularly heinous murder of a child, the plaintiff stated to her employer that “I’m done, I can’t do this anymore. I have had enough of death and destruction.” She was transferred to Sports Journalism at The Age, where she remained until April 2010.

In April 2010 the plaintiff, pressured by her employer, commenced a role as the Supreme Court reporter. Here she witnessed crime scene evidence, victim impact statements and witness statements – often about crimes she had previously reported. The plaintiff recalls witnessing a number of trials and sentencing hearings. In 2013, the plaintiff could not handle her role anymore, took a voluntary redundancy and left The Age.

Throughout her time at The Age, the plaintiff was directly exposed to an extreme and constant level of trauma. She also experienced vicarious trauma – the transformation of a person as a result of working with others traumatic experiences. Justice O’Neill commented that her exposure was “substantial”.

In the course of her employment she suffered symptoms such as depression, nightmares, flashbacks, anxiety, panic attacks, sleeplessness, abuse of alcohol and stomach issues. Over the course of her employment, the plaintiff was regularly distressed in front of her colleagues including editors and other staff. She informed senior editors from 2010 onwards that she was struggling. She took holidays to try and relieve her stress.

The plaintiff accessed her EAP in 2007, attending a psychologist regularly from 2009. The plaintiff was eventually diagnosed with PTSD caused by her repeated exposure to traumatic events and traumatic stress. 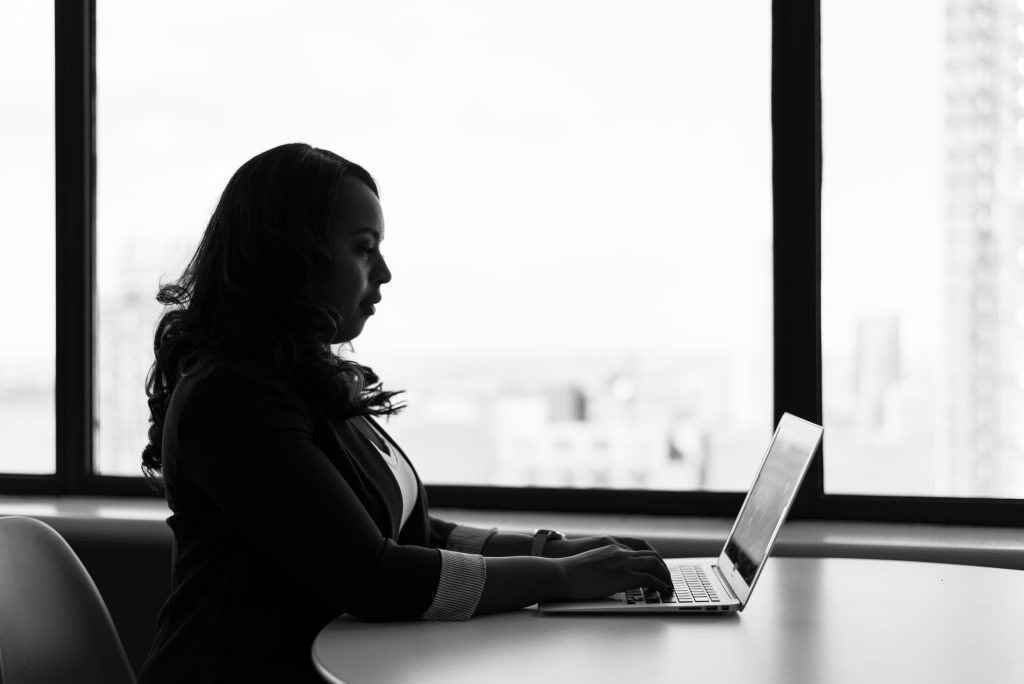 Justice O’Neill found in favour of the plaintiff, awarding her $180,000 in damages for pain and suffering (there was no claim for economic loss). He found that:

Whilst the decision received a lot of attention due to the subject matter of the case and the unprecedented scope of the decision, it is also a worthwhile opportunity for practitioners to remind themselves of the scope of the duty on employers.

Justice O’Neill was satisfied of the risk of psychiatric injury of the plaintiff was reasonably foreseeable to her employer. He had three bases for this decision.

Firstly, the subject matter of what the plaintiff was required to investigate and report on were of such a traumatic, violent and disturbing nature that in the Court’s opinion it would have been relatively obvious to a reasonable employer that the cumulative effect of that exposure would create a risk of psychological injury at work (being PTSD or something similar).

Secondly, the employer was on notice because of a number of publications, articles and reviews of the profession which indicated the increased risk of those working in the field to psychiatric injury. The Age had conducted some internal reviews into the issue, and had received repeated advice (externally and internally from senior management and editors) on the risks of exposure to trauma and the need to take steps to prevent psychological injury.

Finally, the plaintiff herself made complaints about, and manifested real signs and symptoms of emotional distress on a number of occasions. The Court found that it ought to have been relatively clear to the employer than there were signs of the development of a psychological disorder. The plaintiff was exhausted, distressed and crying on a reasonably regular basis. Justice O’Neill noted that it was more than an isolated emotional reaction to a traumatic story. He determined that the signs and symptoms of PTSD were obvious from 2007 onwards.

The Court then went on to discuss the scope of the duty owed to the plaintiff, and its content; that is, what are the steps that should have been taken by The Age to protect the plaintiff from psychological injury.

The duty can be considered two-fold; proactive and reactive steps must be taken. In this case, The Age should have taken steps to devise, institute and enforce a safe place of work, and a safe system of work to avoid exposing workers to unreasonable risks. They should also have reacted appropriately to the symptoms that the plaintiff displayed and complained of.

Justice O’Neill was satisfied that the following steps should have been taken by The Age to protect the plaintiff from psychological injury:

The Court was satisfied that had these steps been implemented, it was more probable than not that the plaintiff would not have suffered injury.

The landmark ruling in this case is expected to have national, if not international repercussions. It is believed that the judgment is the first time globally that a news organisation has been found liable for a reporter’s workplace PTSD. Media companies are now on notice, with the risk of facing claims for psychological injury at work, if they fail to take care of staff who cover traumatic events.

However, all employers should take this decision seriously, and consider the duty they have over their employees when it comes to psychological injury at work and exposure to trauma. The judgment was at times scathing of The Age’s negligence, and did not hesitate to pinpoint key areas that they could have, and should have improved on.

Similar claims have historically been brought by emergency service workers. However this decision has the potential to encourage employees from many other industries to pursue claims for a psychiatric injury they have suffered in the course of their employment.

Gone are the days of telling an employee to “suck it up” – employer’s have a responsibility under the law to protect their employees. They should do this proactively and retrospectively; failure to do so increases liability. Moreover, healthy and happy employees make for a well functioning, efficient and productive workplace.

For help dealing with depression and anxiety visit Beyond blue

Burnout and Employment Law: Your Rights and Options for Managing Stress

Resolution123 can help with any employment law matters.