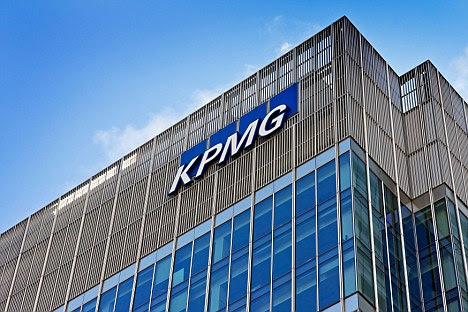 Our Principal was asked to comment on the majority of KPMG staff accepting a pay-cut proposal by the Australian Financial Review.
Below is Carly’s full response. If you have a subscription AFR you can read the article here.

Do you think more people should have asserted their rights and opted out of the cut? Do you think the opt out process itself played into whether they did so?

Yes, absolutely. Here are some of the reasons people should have opted out:
There was no commensurate reduction in hours or workload;
It affected staff earning more than $62,000, that is not a medium or even high income earner;
It worked on acceptance by conduct rather than express consent;
There was no consultation;
It was based on a forecasted revenue loss, not an actual loss and not evidence of financial hardship as defined by the Government which would likely be 50% for such a large employer;
There was no promise of back payment if the forecast didn’t in fact come to fruition; There was no direct link to decreasing workloads;
They put clients above staff by requiring 100% performance at 80% pay;
They put preservation of (undoubtedly large) cash reserves, ahead of staff wellbeing;
It was not for a confined period of time;
It was not clear whether staff hourly rates were guaranteed for the purposes of their current leave accrual;
and It was not clear whether notice and redundancy pay entitlements would be preserved at 100% pay.

Do you think the opt out process itself played into whether they did so?

Absolutely. There was an implied threat of job losses if staff did not opt in.

What do the opt out cuts mean in terms of equity given workers are now being paid differently for the same work?

What are your thoughts on cutting pay without cutting hours?

I think the fact that an employer who is eligible for the job keeper scheme and issues a job keeper direction must guarantee the employee’s hourly rate of pay says it all – your pay should not be cut without a commensurate reduction in hours.

What are your thoughts on this at KPMG given professional services is largely chargeable client work? (i.e. if your workload has stayed the same then you are likely still earning the firm as much as before the pay cut)

What were the concerns of the people who came to you for advice about this? Concerns both about the pay cut and about saying no, if they had them?

Employees are concerned about protecting their rights to leave, notice and redundancy at their full rate of pay. A reduction in pay without a reduction in hours is unfair and those that charge for their time have seen no reduction in their workload and are on track to hit their targets for the year. Everyone is concerned about job losses at the moment and entering an overcrowded job market. The threat of job losses make employees nervous about asserting their rights and whether they might be targeted for redundancy or performance managed out in response.

What do you think about KPMG’s attitude towards these pay cuts and in their communication with staff about business necessity and taking one for the team?

I am all for employees being team players in the uncertain environment. As an employee advocate I have been emphasising cooperation and job retention as the priority during the pandemic but that should not come at an unfair cost. Either work has declined and if it has, consult with workers about a temporary reduction in hours – with protections for leave, notice and redundancy or it hasn’t, in which case what is the justification for a pay cut? Beyond corporate greed.

Have you been asked to take a pay cut? Contact us today on 1800 RES 123 or book a 20 minute consultation to make sure your entitlements are protected and that what you are accepting is temporary if it is as a result of COVID-19.